At Schweitzer Engineering Laboratories in Pullman, Wash., workers take classes in algebra, physics and writing in the factory complex and can check out books from a company library.

AT&T Inc. is investing more than $1 billion to retrain over 100,000 workers through a patchwork of classes and programs that are helping them retool the Dallas-based company.

And Atlanta-based aluminum-products maker Novelis started a school within the company to impart lessons pulled from the factory floor with a faculty and nine “deans” to oversee it.

Why? A new engineering graduate hired by Novelis took five years to get up to speed, said  Joanne McInnerney, the company’s vice president for human resources in North America. “We had to shorten that time to about two years.”

For an increasing number of Americans, a patchwork of gig work is the norm, while others have become so-called independent workers because they take second jobs through digital platforms like Uber or Etsy to make ends meet. But nearly all face the challenges of inconsistent income and access to benefits.

Federal policy for decades has pushed more people to go to four-year colleges, promoting a college-preparatory high-school curriculum and easing access to student loans. But technology is changing faster than colleges can keep up and employers say too many schools aren’t teaching students the skills they need—or even basic critical thinking.

With the labor market the tightest it has been in a generation, this misalignment is causing big—and expensive—headaches for employers. So companies are increasingly taking matters into their own hands. Major employers like CVS Health Corp. , Novelis, International Business Machines Corp. , Aon PLC and JPMorgan Chase & Co. are hiring workers because of what they can do, or what the company believes they can teach them, instead of the degrees they hold.

A host of states and the federal government are now looking at alternative paths from high school to work. The trend is siphoning off students who might otherwise go to a four-year college, exacerbating a process that is splitting colleges into winners and losers.

“Right now a four-year program is where many students head by default,” said  Joseph Fuller, a Harvard Business School professor who has studied degree inflation.

Manufacturing, technology and health-care industries are moving fastest to focus on skills over degrees because they are the sectors struggling the most to fill jobs.

Novelis faced the problem seven years ago when auto makers ramped up their use of aluminum and the company realized it would have to rev up production. It set up an experimental school that it eventually rolled out across the company, which has more than 11,500 employees in 24 facilities. The school has helped create a workplace where credentials have become less important. The first plant supervisor without a college degree is expected to be promoted shortly.

Some employers have encouraged reliance on bachelor’s degrees as a proxy for skills by requiring a diploma for jobs that didn’t previously require one, Mr. Fuller said. But such degree requirements are limiting the number of applicants for a job and increasing costs for companies and employees. They also lead to frustration for workers, since fewer than half of people who enroll in college end up graduating and landing a job that utilizes their degree, he said.

In Pullman, Roy Edwards dropped out of college amid frustration over learning only from books. But when he landed an entry-level job at Schweitzer, he felt he had found a place where he could really learn.

“All around me stuff was happening,” he said. “There was opportunity where you could learn and grow and be a part of the company.”

Eight years later, Mr. Edwards still doesn’t have a college degree but he has learned enough about programming robots to supervise people who do.

Stories like his are the result of the founder’s vision. Ed Schweitzer was a professor of electrical engineering when he started his company in his basement in 1984, and was well aware of strengths and weakness in the higher education system.

The company, which makes equipment for the global power industry, grew rapidly. It now has 5,200 employees and annual revenue of nearly $1 billion. Until recently, Dr. Schweitzer was involved in all the hiring decisions, presenting every engineer who wanted a job with a problem to solve. The experience, he said, made him wonder if some universities needed “to have a degree recall program, because sometimes [the schools] are shipping defective products.”

Dr. Schweitzer prioritizes education at the company, creating an atmosphere where assemblers regularly rise up to technicians and work alongside engineers. 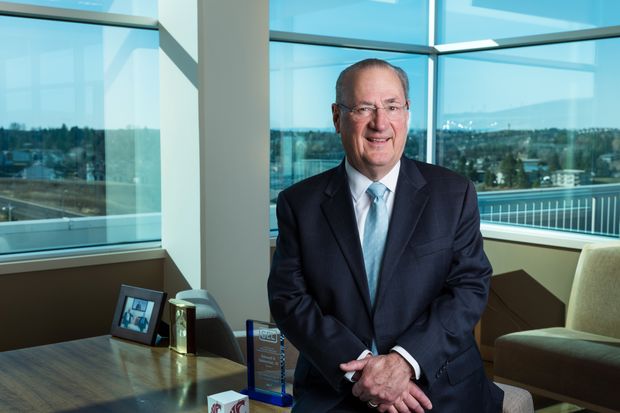 “If Thomas Edison walked through the door today,would we turn him away because we don’t have a job opening for an inventor?” said Dr. Schweitzer, whose own father dropped out of college but went on to hold 100 patents.

Mr. Edwards has taken advantage of the classes the company offers and taken out books from the company library on coding and robotics. “When you have a very specific problem that you have to solve, that to me is very motivating,” he said. “It kicks me into gear to do all the research I need to do.”

Write to Douglas Belkin at doug.belkin@wsj.com